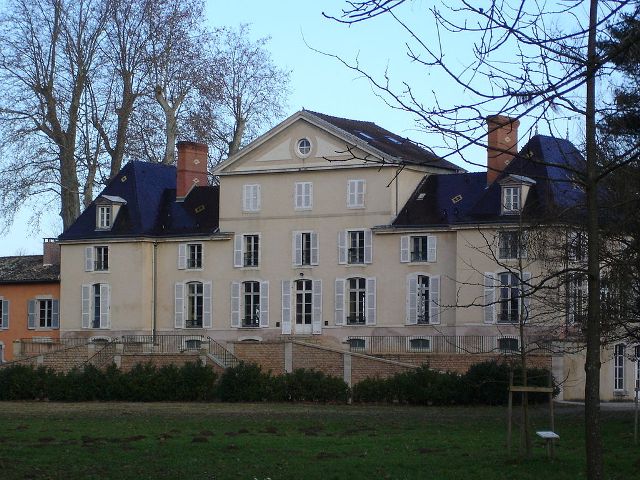 Location: Pont-de-Veyle, in the Ain departement of France (Rhone-Alpes Region).
Built: 16th century.
Condition: In good condition.
Ownership / Access: --
ISMH Reference Number: PA00116533
Notes: Château de Pont-de-Veyle is a castle, rebuilt in the sixteenth century, which stands on the town of Pont-de-Veyle in the French department of Ain, in region Auvergne-Rhône-Alpes. It succeeded an ancient castle of the thirteenth century (1249) and was the center of the Lordship of Pont-de-Veyle then erected in the county. He now serves as host house of the companions of the Tour de France. The castle is the subject of a partial registration under the Historic Monuments by order of December 27, 1972. Only the facades and roofs are included. The castle is today in the form of a main building flanked by two pavilions that decorates terraces.

How To Get To Château de Pont-de-Veyle (Map):