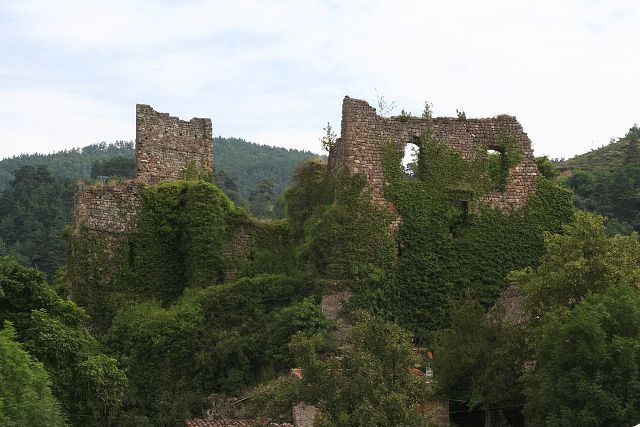 Location: Lamastre, in the Ardèche departement of France (Rhone-Alpes Region).
Built: 10th century.
Condition: Ruines.
Ownership / Access: --
Notes: The ruins of the castle Retourtour are located in the municipality of Lamastre in the Ardèche department.The castle is built in the tenth century by the Pagan-Retourtour family. The ruin is due to family quarrels of succession in the fourteenth century. However, a legend tells that the seventeenth century, a little lord still lived in the castle and robbed the inhabitants of Lamastre and surroundings.