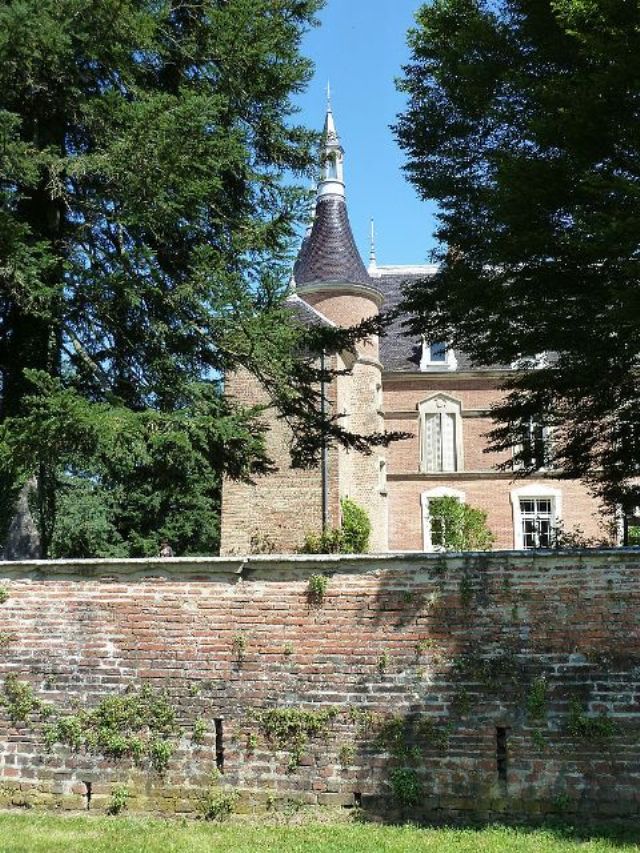 Location: Romans, in the Ain departement of France (Rhone-Alpes Region).
Built: 14th century.
Condition: In good condition.
Ownership / Access: Owned by a private company.
Notes: Château de Romans or Castle of Romans-Ferrari counts is an ancient castle, fourteenth century, largely rebuilt in the fifteenth century and remodeled in the nineteenth century, which stands on the town of Romans in the department of Ain region Auvergne-Rhône-Alpes. He succeeded a fortified house dating back to "at minimum" of the thirteenth century.As fief, belonged Romans in 942, Hugh (of Bage?). His successors probably fief to the family of Varax, who possessed the thirteenth century. In September 1272 Huric of Varax recognizes keep the Ame de Savoie, sire of Bage. This recognition was renewed in 1280 by Henri de Varax and Stephen, his son, and, in 1303, by Pressilly Guillemette, widow of Etienne de Varax, in its capacity as guardian of her children. The existence of a large house in Romans was first mentioned in 1280, possession of Henry de Varax Étienne and his son without the date of construction is known. The Lordship of Romans rest in Varax family until 1560 when it passes by succession to Anatoile of Baume. Pierre-Marc de la Baume, son of Anatoile, transmits, by will, to Claude Ponceton, Lord of Francheleins, bailiff of Bresse. Under a testament of 8 November 1679, Claude-François Liobard, Baron de Brion and Bussy, receives the succession of Claude II Ponceton and takes the stronghold of Romans, 23 March 1689. By a contract of 4 March 1718 Claude de Liobard, knight, sells the land of Romans-Claude César Ferrari, esquire, adviser to the king, receiver-general of the clergy of Lyon. The earth was made a county by letters patent of Louis XV, dated December 1763, in favor of Stephen Lambert Ferrari, captain in the regiment of Lyonnais and reward "evidence of courage he had given, especially in the last campaigns in Italy, at the battle of the Madonna during the siege of Cuneo, where he was wounded.The castle had to undergo four seats during the fifteenth century and was looted and burned by the troops of the Duke of Bourbon who were seized in 1460, and had burned in reprisal of hostilities Antoine de Varax, Lord of Romans, and those of the Prince of Savoy his overlord. The castle will be returned against a strong compensation. Château de Romans has undergone many changes and an almost complete reconstruction in the style of the period, which was afterwards attributed its construction in the fifteenth century, but many parts are older.

How To Get To Château de Romans (Map):