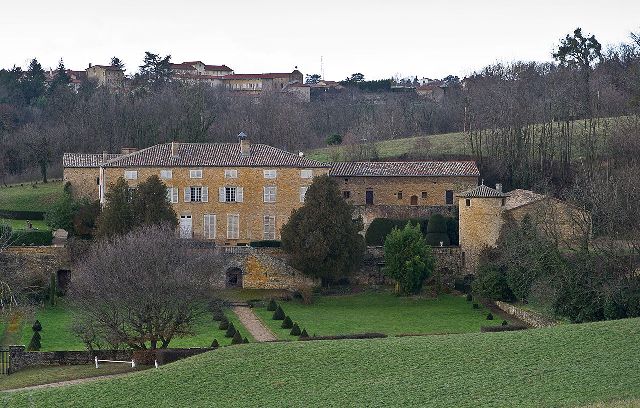 Location: Saint-Didier-au-Mont-d'Or, in the Rhône departement of France (Rhone-Alpes Region).
Built: 16th-17th century.
Condition: In good condition.
Ownership / Access: Privately owned.
ISMH Reference Number: PA69000038
Notes: Château de Saint-André du Coing is located in the municipality of Saint-Didier-au-Mont-d'Or in the Rhône department at an altitude of 320 meters.The current area, nestled in a valley, an area of 12 hectares. It originally was a strong house called the Rionde. The present castle, which dates back to the sixteenth century, was built either on the foundations of the old building or nearby. The remains of two towers on the site would go in the direction of the former. The set includes a rectangular main building and three neighboring buildings served by a court.