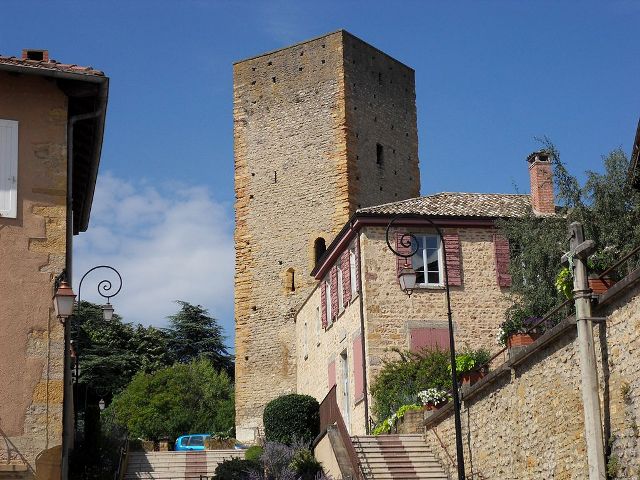 Location: Saint-Cyr-au-Mont-d'Or, in the Rhône departement of France (Rhone-Alpes Region).
Built: 12th century.
Condition: In good condition.
Ownership / Access: --
Notes: The Château de Saint-Cyr is a former castle founded in the 3rd quarter of the twelfth century, rebuilt in 1210, the remains of which stand in the municipality of Saint-Cyr-au-Mont-d'Or in the city of Lyon region Auvergne-Rhône-Alpes. The tower is the subject of a registration as a historic monument by decree of 18 February 1926. The castle dates from the late twelfth century. It was in the form of a quadrangular crenellated walls with towers. The square tower, erected on the side of the attack, is still above 21 meters; in the seventeenth century, as it threatened ruin, we reduced the 6 meters. Another tower was still visible in 1830. The old chapel became the parish church.