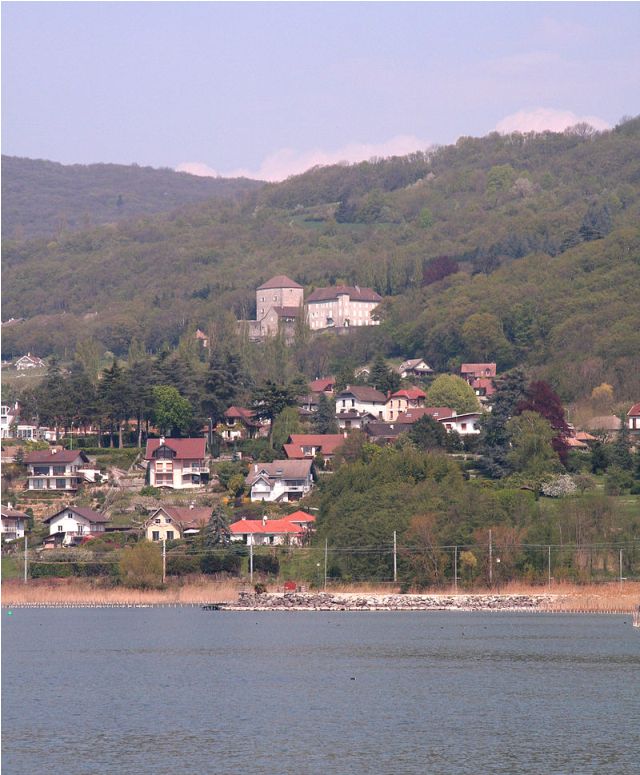 Location: Brison-Saint-Innocent, in the Savoie departement of France (Rhone-Alpes Region).
Built: 13th century.
Condition: In good condition.
Ownership / Access: Owned by the Count of Rupelle.
Notes: Château de Saint-Innocent also known Maison forte de la Rupelle is a former stronghold of the fourteenth century , rebuilt in the eighteenth and nineteenth centuries, which stands in the municipality of Brison-Saint-Innocent, a French commune in the Savoie region in Auvergne-Rhône-Alpes. The castle is the possession of the Earl of Rupelle.La strong house consists of several buildings; a farm, a house and a former tour Residence5, commonly called "The Tower", dated by dendrochronology 1314. The quadrangular tower-residence of 14 x 18 m square, high today of three floors on the ground floor, includes large parts. Originally, there was to be a fourth level terminated with a crenellated terrace. In the eighteenth century, it was dérasée following the collapse of its top, after a violent storm, and then covered by a roof edges. Its main facade is characterized by small warheads twin windows while the lower room is lit by ventilators. Inside one can see several windows and window seats coat chimneys. The house, meanwhile, seems to date from the sixteenth century2, as suggested by some Renaissance details; the lords of St. Innocent abandoning the tower at that time to settle. It would have been higher by reusing a part of old buildings wall; the front wall measuring 1.30 m thick. It was dramatically transformed in the eighteenth and nineteenth centuries. Regarding the farmhouse, one of its walls date of antiquity; made of stones assembled using pure lime without adding sand, he could go back to Roman times.