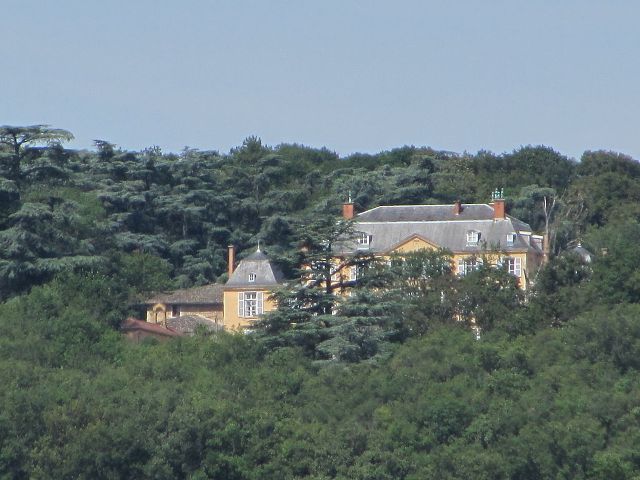 Location: Anse, in the Rhône departement of France (Rhone-Alpes Region).
Built: 17th-19th century.
Condition: In good condition.
Ownership / Access: Used as reception of private events.
ISMH Reference Number: PA00117709
Notes: Château de Saint-Trys is situated in the commune of Anse in the Rhône department. It is surrounded by woods. From the terrace, we discover a vast panorama of the valley of the Saone.The first lord of Saint-Trys is Pierre Scarron (1536 - 1607), adviser and butler of the king, provost of Lyons, Peter Knight, treasurer of France, wife Françoise David and Urban, uncle of the poet Paul Scarron , inherited the property. Jean-Baptiste Giraud, then citizens of Lyon, bought the estate in 1672. Jean (1729 -), esquire, husband of Claudine Barthelemy CROPPET of Varissan, was jailed in 1794 for Recluse, his son Georges-Marie, is his heir. The Giraud family owns Saint-Trys until 1876. Today, the count Dorick brushes and Countess Sybille born Durand de Gevigney, welcome to the castle of professional and private events.

How To Get To Château de Saint-Trys (Map):