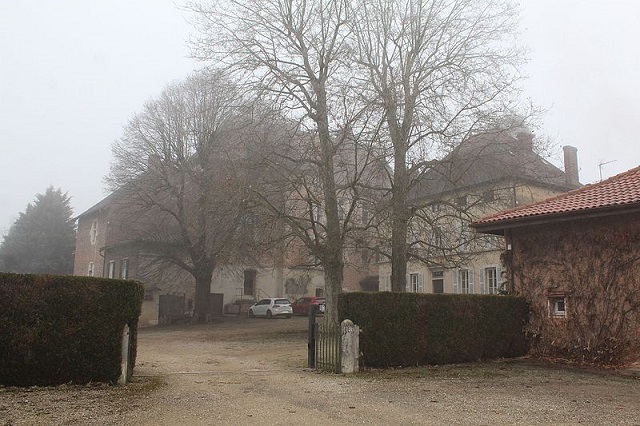 Location: Péronnas, in the Ain departement of France (Rhone-Alpes Region).
Built: 13th century.
Condition: --.
Ownership / Access: Private person.
Notes: The castle of Saix is a former castle of the xiiie century reworked several times, center of the lordship of Saix which stands on the town of Péronnas in the department of Ain in Auvergne-Rhone-Alps. The castle is registered as historic monuments by decree of 9 June 1987.The lordship with castle is the original possession of the gentlemen who bore the name, and whose earliest known are: Hugues du Saix, living in 1080-1090, Isambard, around 1095, Guy, in 1115, Hugh II , In 1149-1180, and Gui II in 1188. She remained in their family until Bernard du Saix, which tests on October 17, 1454 and transmits it to Joan, his daughter, wife of Jacques de Chalant, knight. Claude de Chalant, son of Jacques, died childless. Etienne-Philibert de Chalant, his nephew, took his succession and sold the Saix to Philippe de Poges or du Poyet, who took over the fief in 1551 and bequeathed it to Angèle de Momio, his wife, who donated it on March 24 1587, to Pierre de Poges. After a lengthy trial, he passed to Marguerite du Pré, wife of Abel de Loras, lord of Montplaisant, as being at the rights of Anne du Pré, creditor for her dowry of Étienne-Philibert de Chalant. Marguerite du Pré leaves him to Ennemond de Loras, his son, whose posterity still enjoyed it at the convocation of the States General. The lords of the Saix at first had only middle and low justice. Philip II of Savoy conceded to them the exercise of high justice by letters of 20 August 1483 and 27 December 1487. The castle was then the possession of the families of: De Loras until 1857 then of Chambaud.In the 21st century the oldest visible parts date back to the fourteenth and fifteenth centuries.