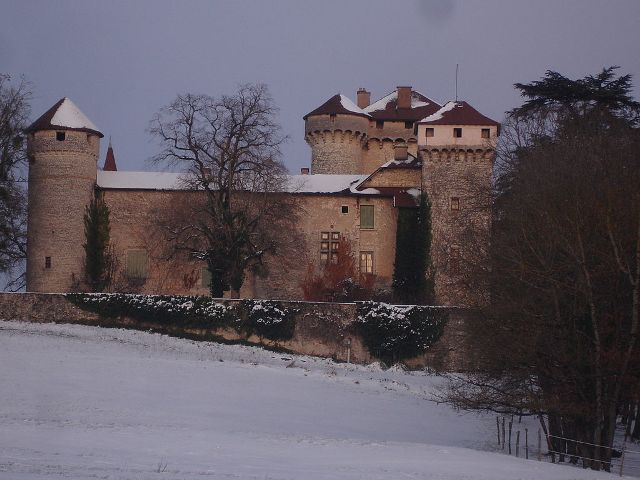 Location: Trept, in the Isère departement of France (Rhone-Alpes Region).
Built: 13th-17th century.
Condition: In good condition.
Ownership / Access: Privately owned.
ISMH Reference Number: PA00117297
Notes: Château de Serrières or castle Poype Serrières is a former stronghold of the thirteenth and fourteenth centuries rebuilt several times that stands in the town of Trept in the Isère department in Auvergne-Rhône-Alpes region. The castle, with the old forge, the dovecote and terraced retaining walls are the subject of a registration as a historic monument by decree of 18 May 1992.The castle dates from the late thirteenth century or early fourteenth century. He has since its construction was regularly amended and extended until the seventeenth century. It belonged to the family of the Poype. It is currently owned by a foundation Lyon, who leases for seminars, weddings, etc.

How To Get To Château de Serrières (Map):