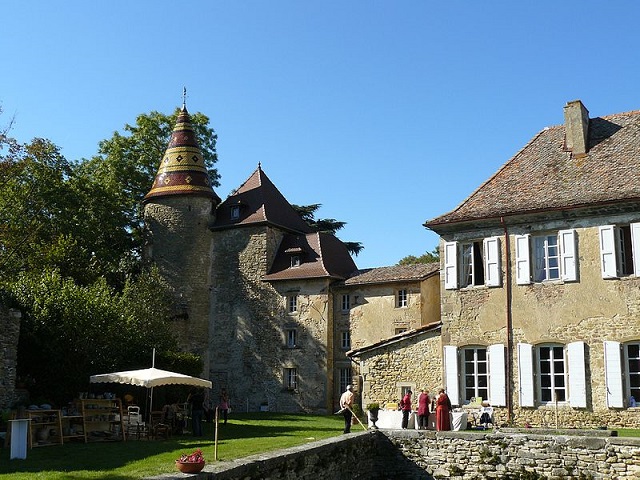 Location: Saint-Victor-de-Cessieu, in the Ain departement of France (Rhone-Alpes Region).
Built: 14th century.
Condition: --.
Ownership / Access: --.
Notes: The Château de Vallin is an old fourteenth-century fortified house on the commune of Saint-Victor-de-Cessieu in the department of Isère and the Rhone-Alps region. The site is labeled Patrimoine in Isère.The nobles of Vallin have been mentioned since 1187.Originally, it is a strong house erected by the family of VALLIN in the fourteenth century. The castle was partially remodeled and enlarged four centuries later. Its main body overlooking the valley, topped by high roofs typically dauphinoises, opens on a court of honor, preceded by a majestic alley of lime trees. Today, the most remarkable pieces of the building are the neo-Gothic living room and the romantic dining room, both decorated with splendid mural paintings of the Directoire period, in the spirit of the Germanic painter Caspar David FRIEDRICH 1774-1840).

How To Get To Château de Vallin (Map):