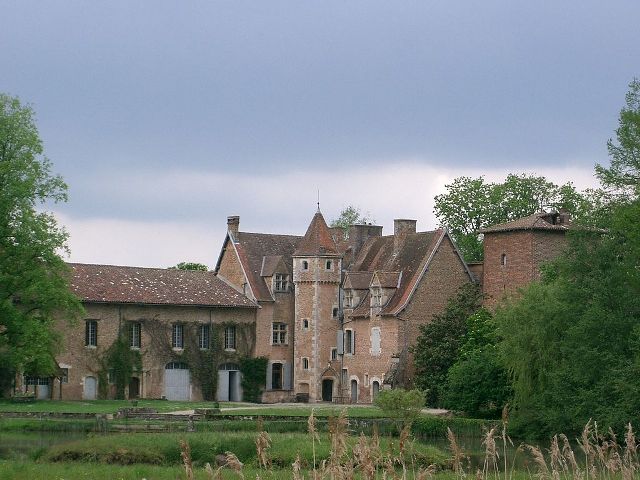 Location: Saint-Paul-de-Varax, in the Ain departement of France (Rhone-Alpes Region).
Built: 14th-15th century.
Condition: In good condition.
Ownership / Access: Privately owned.
ISMH Reference Number: PA00116562
Notes: Château de Varax is an ancient castle, the fourteenth - fifteenth century, ruined in the late sixteenth century and remodeled since, which stands in the municipality of Saint-Paul-de-Varax in the department of Ain, in region Auvergne-Rhône-Alpes. Adjacent to the castle, there remains a castle mound accompanied by a backyard middle of the thirteenth century. It was the center of the Lordship of Varax, then erected in the county. The castle is the subject of a partial registration as a historic monument by decree of 29 September 1981. Only the facades and roofs of the castle, with the exception of the west facade of the building with four modern openings, and are common registered.Varax the site had to be taken very early, as suggested by the various archaeological finds dating from Roman times to the nineteenth century ridges nearby, along the old national road.