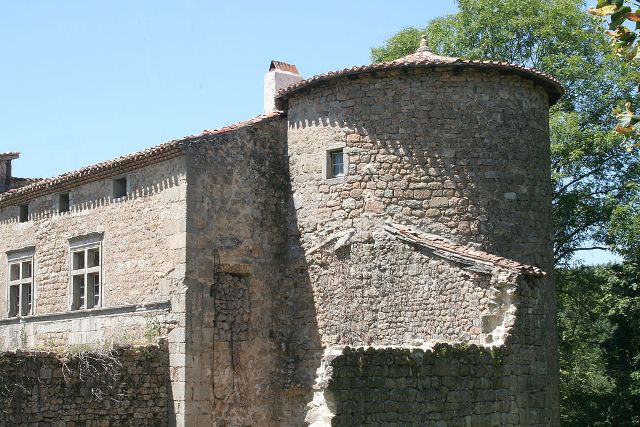 Location: Vernoux-en-Vivarais, in the Ardèche departement of France (Rhone-Alpes Region).
Built: 15th-17th century.
Condition: In good condition.
Ownership / Access: Privately owned.
ISMH Reference Number: PA00116845
Notes: Château de Vaussèche is located in the municipality of Vernoux-en-Vivarais in the Ardèche in France.Castle Vaussèche is attested in 1254 as belonging to the family of Presle. Guillaume de Presle undertaking work in the fifteenth century. In 1548, Louis de Presle marries Guillemetee of Chambaud, heiress of the castle Tourette they choose as residence. Louis Catholic Presle was killed in 1577 during a Protestant attack. Looted during the Revolution, it was bought in 1813 by Jean-Pierre Pourret notary Vernoux. Facades and roofs Vaussèche Castle were listed historic monument by order of 6 February 1981 and by the same decree the fireplace in the great room of the first floor was closed.