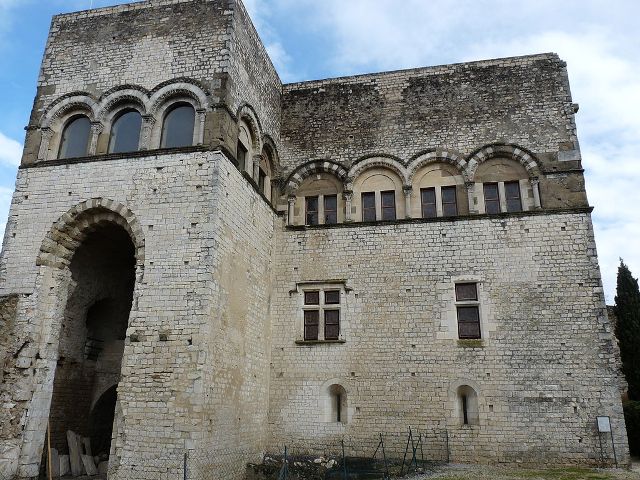 Location: Hauterives, in the Drôme departement of France (Rhone-Alpes Region).
Built: 12th century.
Condition: In good condition.
Ownership / Access: Owned by the department.
ISMH Reference Number: PA00116988
Notes: Château des Adhémar is located in the city of Montelimar, in Drôme. It now houses a contemporary art center.There is little information about the first castle built in the eleventh century by the Count of Toulouse. probably along the Sainte Chapel Guitte. It was a motte (a dungeon built on a mound and protected by an earth embankment and a wide moat). In the second part of the twelfth century the original castle was transformed into a palace by Adhemar, castrum montilium Adhemari, expressing the wealth of the lineage. It still graces the heights of the city of Montelimar. In the fourteenth century was built the "Tower of Narbonne 'only remaining part of a castle belonging to the counts of Valentinois. The old castle belonged to the Pope. This castle (except the keep) was destroyed in 1580 by order of the Duke of Lesdiguières chief Protestant armies of the Dauphine to make room for a set of more modern fortifications. The stately home was listed building in 1889.