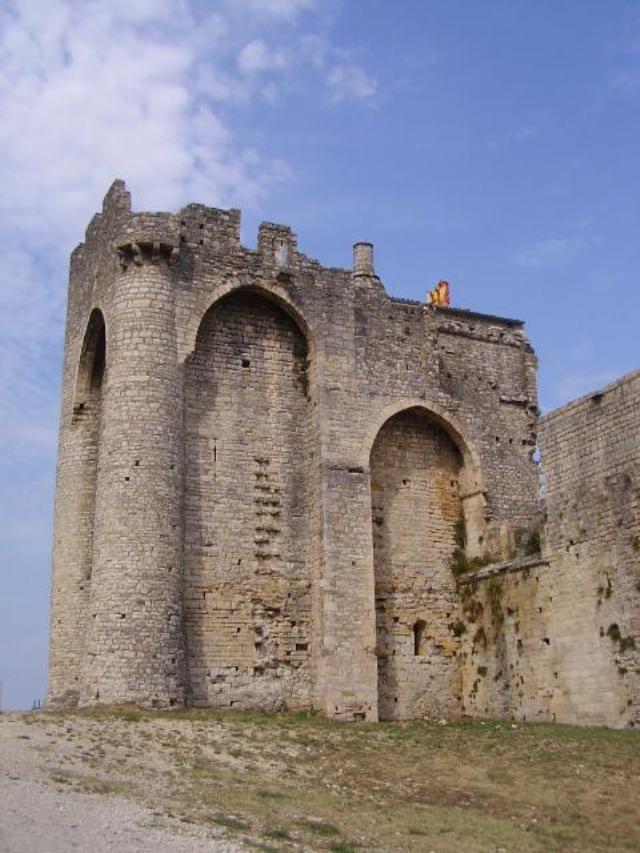 Location: Cruas, in the Ardèche departement of France (Rhone-Alpes Region).
Built: 12th-15th century.
Condition: Ruins.
Ownership / Access: Owned by the municipality.
ISMH Reference Number: PA00116700
Notes: Château des Moines in the department of Ardeche, the ruined castle called "Chateau des Moines" is a fortified abbey building that served as a refuge for religious in times of trouble until the seventeenth century.The monks decided in the eleventh century to build a chapel annex because of the damage caused by flooding of the crule torrent that flooded the mud and gravel church. In the twelfth century a small chapel was built. The monks finally established themselves at the top of the hill XIIle century: it is at this point that the walls were built to protect the village. The walls of the chapel were raised in the fourteenth century. New extensions are carried out over the following centuries and the walls are moved. Natural disasters was added the civil war in the late fifteenth century that prompted the monks to protect themselves. The whole area consists of the castle, the lower chapel, with the wing housing the chapel, the curtain of the northern front, and the square tower: they are the subject of a classification as historical monuments since 3 September 1912. it is in 1741 that the Bishop of Viviers decided by order remove the monastery.