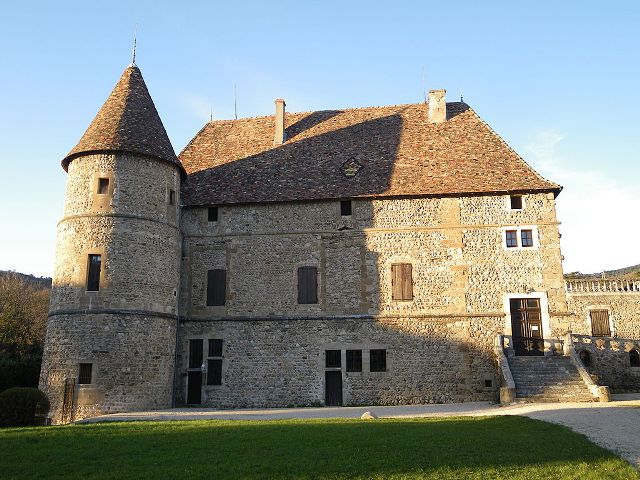 Location: Saint-Martin-d'Ardèche, in the Ardèche departement of France (Rhone-Alpes Region).
Built: 16th century.
Condition: In good condition.
Ownership / Access: Private property.
ISMH Reference Number: PA00116794
Notes: Château du Bosquet is a castle located in Saint-Martin-d'Ardèche, France. The castle is located in the municipality of Saint-Martin-d'Ardèche, in the extreme south of the Ardèche. In the early sixteenth century, the bishop of Viviers Claude de Tournon launched the construction of a country house in 1520 on the territory of Saint-Martin-de-la-Pierre. Antoine Roure, who died in 1622, Baron d'Aiguèze transforms the fortified house in Renaissance style residence. It is "one of the major links in the Rhone Valley in architecture at the time of introduction of the Renaissance art," as stated in the book From the Ground tooth to the Ardeche Gorges , history and environment of a country, published by the Union of the Ardèche Gorges. The building, private property is registered as historical monuments in 2003.