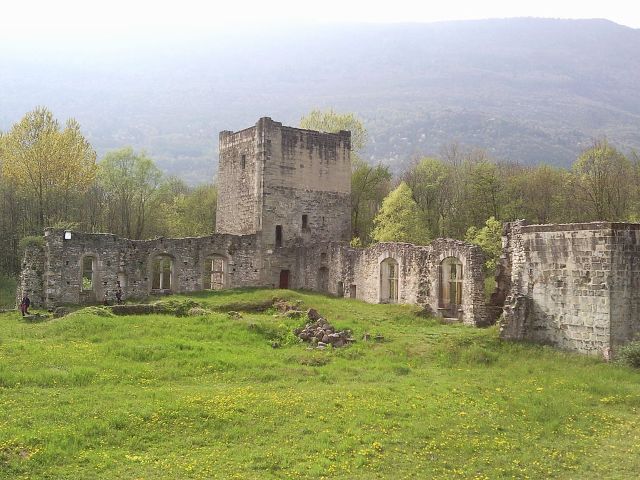 Location: Le Bourget-du-Lac, in the Savoie departement of France (Rhone-Alpes Region).
Built: 13th-15th century.
Condition: Ruins.
Ownership / Access: Owned by the municipality.
Notes: Château du Bourget also called Château de Thomas II or Castle of the Counts of Savoy, is a former castle-palace from the mid-thirteenth century expanded over time, the ruins stand in the town of Le Bourget-du-Lac a French commune in the Savoie region in Auvergne-Rhône-Alpes. Instead of hunting and fishing but instead of diplomacy and justice of the counts of Savoy, one reached there either by road or by boat. Possession of the counts of Savoy, do not confuse it with the castle of the Dukes of Savoy are two different buildings, the latter located in the town of Chambery. Castle ruins Bourget are the subject of a classification as historical monuments since 21 March 1983.

How To Get To Château du Bourget (Map):