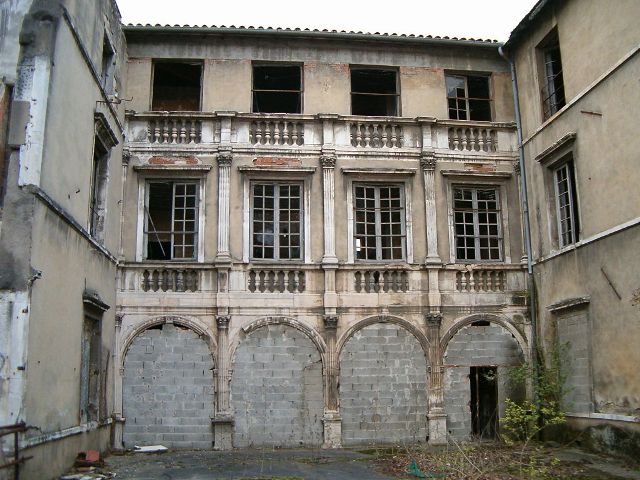 Location: Pierre-Bénite, in the Rhône departement of France (Rhone-Alpes Region).
Built: 16th century.
Condition: Ruined.
Ownership / Access: Private property.
Notes: Château du Grand Perron is a castle whose ruins are located in the municipality of Pierre-Benite, in the Metropolis of Lyon. A wide valley separates this area from that of Longchêne with which he is now most of the Lyon Sud Hospital. Castle of the Grand Perron is not open to visitors. A temporary fence preventing access, the site is dangerous. Renaissance facade with the corresponding roof of the central building is the subject of a classification as historical monuments since December 31, 1979. The remains of facades and roofs right angles and the grand staircase of the central body are the subject of a registration as a historic monument since December 31, 1979.