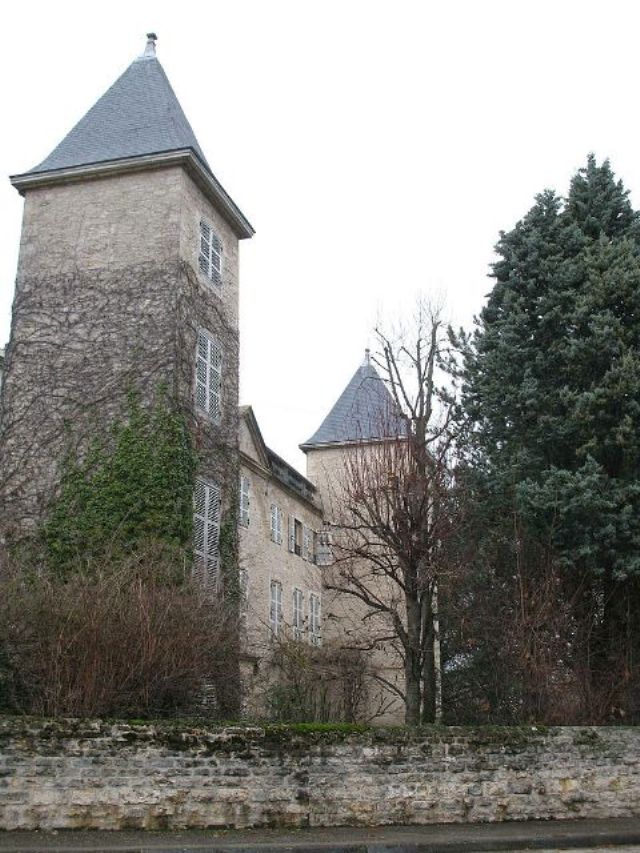 Location: Anse, in the Rhône departement of France (Rhone-Alpes Region).
Built: 17th century.
Condition: In good condition.
Ownership / Access: Private property.
Notes: Château du Jonchay is located in the Saône Valley, west of the village of the town of Anse in the Rhône department.The first known lord of the manor is Jean Richard of Saint-Priest in 1326. Then known Mathieu Vauzelles, lord of Jonchay, who married Françoise de Guilhens in 1584. In 1782 Dieudonné Sarton widower acquires the area, French nationality. It is then knighted by Louis XVI and take the domain name. Dieudonné Sarton du Jonchay will be provided to the office of President, Treasurer of France, the finance office of Lyon. He married second wedding Anne Pierre Imbert of Montferrand on 07.07.1785, their son Charles, wife Angélique Aglaé of Mainville and their son Gaston, wife Marie Bolot Ancier. In 1864 Mederic, son of the previous wife Gabrielle Gillet Valbreuse and in 1889 Count Paul Claret de Fleurieu (1862-1932) wife Marie Antoinette of Jonchay Sarton (1869-1962), their heir. The area is private property and not open to public.

How To Get To Château du Jonchay (Map):