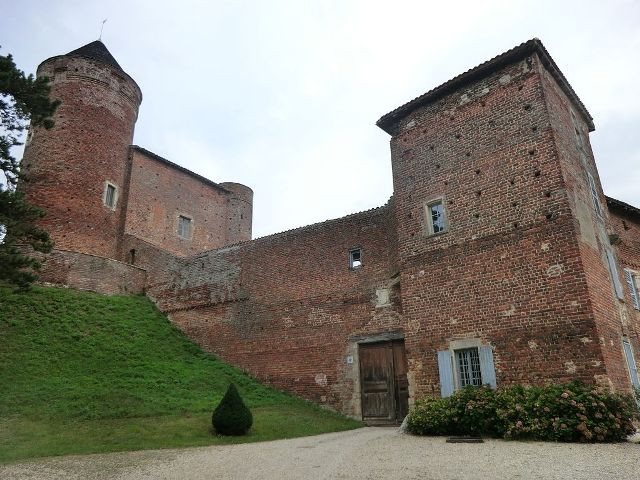 Location: Montellier, in the Ain departement of France (Rhone-Alpes Region).
Built: 13th century.
Condition: In good condition.
Ownership / Access: Private property.
ISMH Reference Number: PA00116430
Notes: Château du Montellier is an ancient castle motte, of the thirteenth and fourteenth centuries revamped the sixteenth and seventeenth centuries, which stands on the town of Montellier in the Ain department in the region Auvergne-Rhône-Alpes. The castle was the center of the Lordship of Montellier erected in 1588 in marquisate. The castle is the subject of a classification as historical monuments by decree of 17 June 2003.The twenty-first century, the oldest parts of the castle visible Montellier, built of brick, dating back to the fourteenth century. Behind a cylindrical tower erected atop a tapered artificial mound is built, east, interconnecting high trapezoidal house on a raised platform flanked by two round towers. Based on these walls is defended by false-breeches. The outer wall, built around 1330, preceded by moat and flanked by square towers delimits a vast backyard. South Side a ceremonial hall and a chapel are backed by the speaker.

How To Get To Château du Montellier (Map):