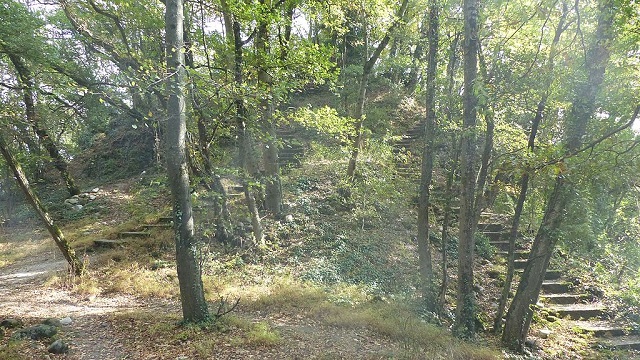 Location: Saint-Julien-en-Genevois, in the Ain departement of France (Rhone-Alpes Region).
Built: 13th century.
Condition: --.
Ownership / Access: Ternier Family.
Notes: The castles of Ternier (in Latin Terniacum, Ternye, castrum Terniaci) are two ancient castles, now missing, which stood on a hill in the village of Ternier, now located in the town of Saint-Julien-en- Genevois in the Haute-Savoie department in the Auvergne-Rhône-Alpes region. The ensemble consists of two buildings dating from the 13th century - perhaps on earlier structures - including the so-called "comtal" castle, which originally belonged to the Ternier family before the cession to the Counts of Geneva, and Of a stronghold of La Poype (Poepe) also sometimes called "Ternier".Ternier was the seat of an old vassal seigniory of the Counts of Geneva, then of Savoy, before becoming a Bernese bailiwick, then again Savoyard. This seigneury controlled all the territories situated to the south of Geneva, between the Arve and the Laire.The two castles are located on a caste or poype motte. The two buildings were separated by a mound.