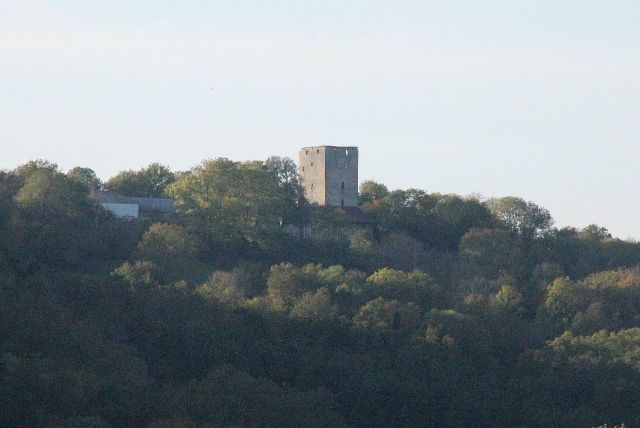 Location: Hautecourt-Romanèche, in the Ain departement of France (Rhone-Alpes Region).
Built: 12th century.
Condition: Ruined.
Ownership / Access: --.
Notes: Donjon de Buenc is a former Buenc strong tower from the mid-twelfth century, the center of the Lordship of Buenc, whose remains stand in the town of Hautecourt-Romanèche in the Ain department in Auvergne-Rhône-Alpes region . The keep is the subject of a registration as historical monuments by order of 28 June 1974. Dry lawn Buenc dungeon is classified natural area of ecological interest, flora and fauna (SSSI) type I.It remained in the family of Coligny under barony until 1494 or it is sold in repurchase and repurchased in 1497. She finally sold in 1656 to Madeleine de Berny, widow of Francis Herard, bourgeois of Lyon, which bequeaths in 1660 to his grand-son Francois Loubat, esquire, whose descendants still enjoyed in 1789.