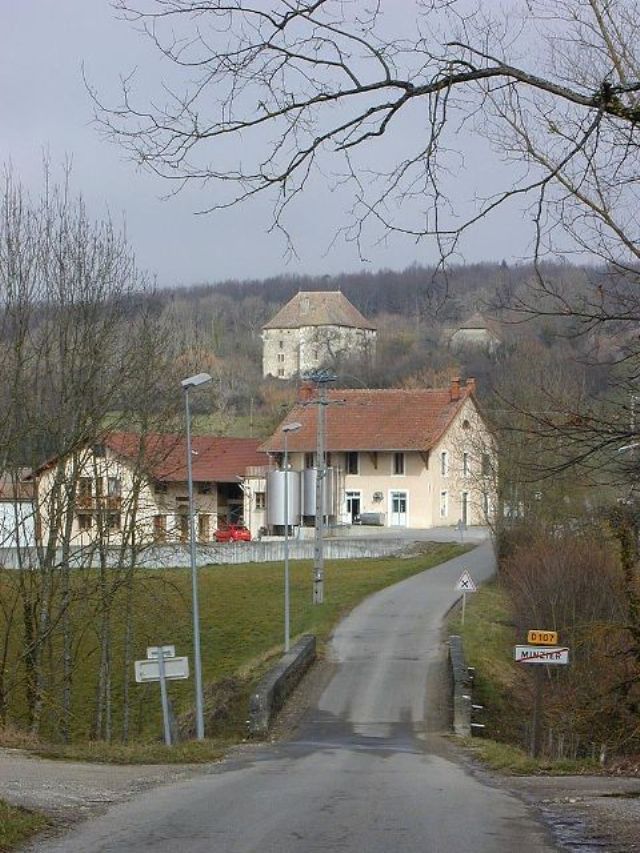 Location: Minzier, in the Haute-Savoie departement of France (Rhone-Alpes Region).
Built: 15th-17th century.
Condition: In good condition.
Ownership / Access: Private property.
ISMH Reference Number: PA00125744
Notes: Maison forte de Novéry is a former mansion of the fifteenth and sixteenth centuries, which stands in the municipality of Minzier in the department of Haute-Savoie region Auvergne-Rhône-Alpes. The castle is the subject of a partial registration under the Historic Monuments by order of 22 June 1993. Only the castle, common, garden and fountain, as well as the paved driveway to the east are registered.It belongs originally to the family of Novéry. In the thirteenth century the Count of Geneva seizes. November 30, 1288, Amadeus II of Geneva in an exchange promise granted to squire Gauthier Confignon mentions Novéry. He concedes the Sire de Confignon a portion of revenues from the confiscation of the fortified house of Amaury de Novéry. The exchange will be carried out February 11, 1289. In 1352, the manor is in the hands of family Monthoux and passes by marriage to the family Vautier. In 1415, it passes to the family of Chaumont vidomne following the wedding of Pierre Vautier Novéry Françoise vidomne Chaumont. In the eighteenth century, by marriage, she is in the hands of the Marquis Henri Joseph Milliet Challes. At his death in 1777, she goes to her sister Catherine-Françoise Milliet Challes, widow of Mark Antony Marquis Costa de Beauregard. In 1875, the fortified house was bought by the family Jacquet, in the twentieth century by Messrs Hausermann and Lowe and 1977 by Magnin.Castle Novéry, is a strong three-story house that flanked a round tower razed to the French Revolution. It features a spiral staircase. It has undergone many transformations in the sixteenth and seventeenth centuries; windows, French ceilings, bread oven from 1650, 1678 fireplace, adorned with the arms and motto of vidomne. Inside a chapel adjoining the assembly hall, the hall is equipped with a sink and a "hagioscope" for listening to the Mass from the next room. The rooms are connected to a tower, pierced deadly, and acting as latrines.