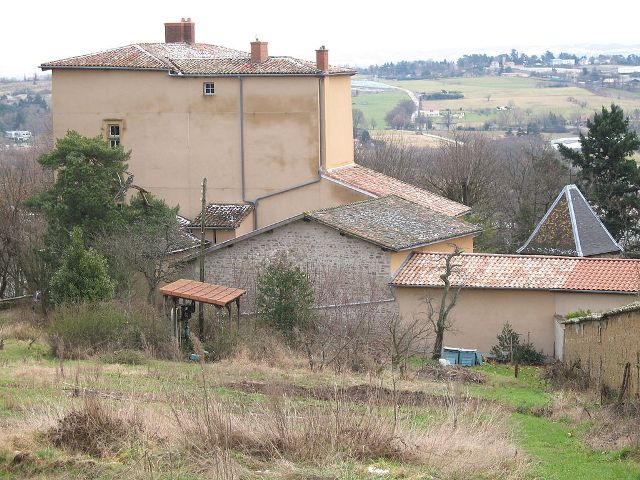 Location: Chaponost, in the Rhône departement of France (Rhone-Alpes Region).
Built: 13th century.
Condition: In good condition.
Ownership / Access: Private property.
Notes: The Maison forte de Pravieux is a former stronghold of the thirteenth century, which stands on the town of Chaponost, in Rhône department in Auvergne region Rhône-Alpes. According Hozier and Lamant, the David family, Pravieux lords in Forez and Lyonnais, was owners of some castles in Drill. Julien David was born in the late twelfth century. The first known mention of the owners of Pravieux date of 1268 in the person of Hugh of Pravieux. In the early fifteenth century, family or Sacconins Sacconay holds the stronghold; this family is also related Castle Pravieux to Pouilly-lès-Feurs. Gadagne family, based in Lyon but of Florentine origin, takes possession of the stronghold in the sixteenth century; Thomas Gadagne, said "the Rich", gives his fortune to his nephew, also named Thomas and nicknamed "the Magnificent." In the seventeenth century appears the Guyot family; Jean Guyot (1647-1709), Lord of Pravieux, bourgeois Lyon and advocate in the parliament of Burgundy, wife Jeanne Duxio. Then comes the Blanchet family; Jean Claude Blanchet Pravieux (1662-) is alderman; his son, Claude Louis, lawyer, public prosecutor in the election, a member of the Academy of Lyon (1697-1763), succeeded him. During the Revolution, the Blanchet ladies are owners of the premises. In the early twentieth century, The family lives in the dwelling; The wife Marguerite's son Laurent Bonnevay President of the Rhône General Council and Attorney. This strong house, very sober, is decorated on the outside that rare mullioned windows.