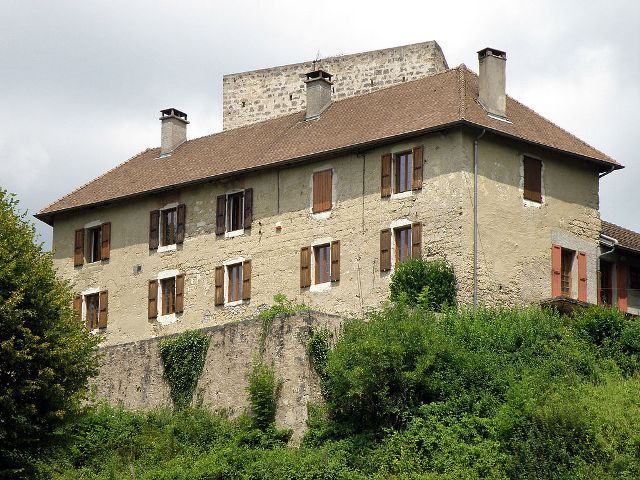 Location: Saint-Jean-de-Chevelu, in the Savoie departement of France (Rhone-Alpes Region).
Built: 14th century.
Condition: In good condition.
Ownership / Access: --
Notes: The Maison forte de Prélian is a stronghold of the fourteenth century, the center of the Lordship of Prélian, which stands in the municipality of Saint-Jean-de-Chevelu in the Savoie region in Auvergne-Rhône-Alpes. The stronghold of Prélian consists of a tower-residence of the fourteenth century tower called the Hairy, to which was attached a seventeenth-century main building and a barn with cusps. One reached the tower, a Romanesque door, now walled up. There are still a few of the sixteenth element including: a mullioned window partially obstructed. The fortified house was the subject of a fire in late January 1979 that destroyed one of the two wings. Up in smoke, flooring, paneling and ceilings to the French; it was partially restored.