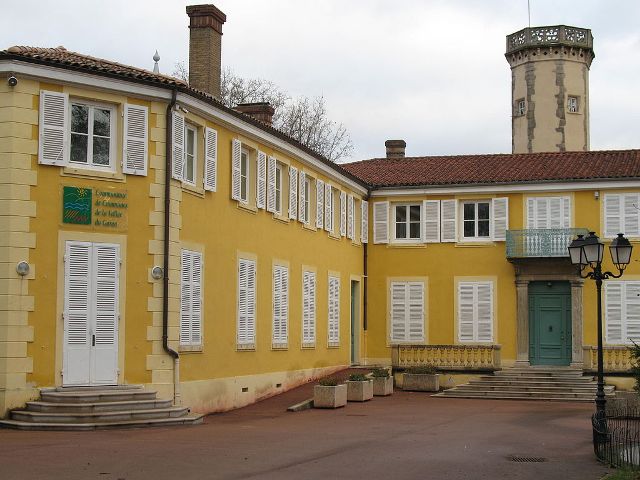 Location: Vourles, in the Rhône departement of France (Rhone-Alpes Region).
Built: 13th-17th century.
Condition: In good condition.
Ownership / Access: Owned by the municipality.
Notes: TMaison forte de Vourles is located in the town of Vourles, in the Rhône department. The main stages of construction are the thirteenth century, the fourth quarter of the sixteenth century and the first quarter of the seventeenth century. Major restorations were made in the nineteenth century. The building consists of a building flanked by a round tower decorated with wall paintings and a tower of hexagonal staircase and a chapel. The old common are below. In the second half of the sixteenth century, the owner, Luxembourg Gabiano, realize the frescoes that adorn the walls and the roof of the old Hall of Justice located on the floor of the round tower, decor includes four registers representing seven planets, the twelve signs of the zodiac, blowers winds and allegories. The ceiling of the tower becomes a sky. In the center, a "sun of righteousness" Protestant emblem surrounded by the planets in a mythological representation and signs of the zodiac. In the clouds, childish faces blow wind or wisdom. Justice and prudence frame a window. The room decorated with murals was listed building on 5 May 2004, the rest of the north tower was included in the inventory of historical monuments on the same date.

How To Get To Maison forte de Vourles (Map):