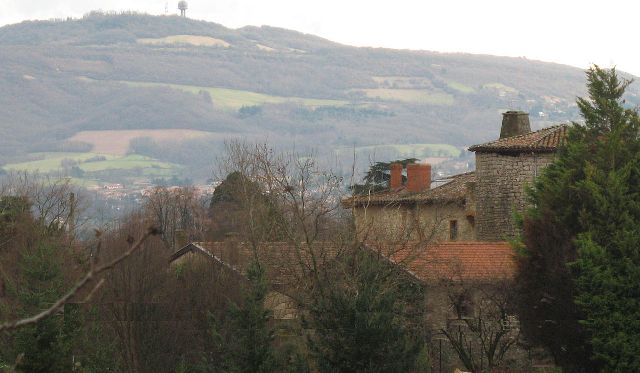 Location: Morancé, in the Rhône departement of France (Rhone-Alpes Region).
Built: 13th century.
Condition: In good condition.
Ownership / Access: Private property.
Notes: Maison forte du Pin is a former stronghold of the thirteenth century, which stands on the town of Morancé in the Rhône department in Auvergne region Rhône-Alpes.The stronghold is the subject of a partial registration as a historic monument by decree of 19 May 1994. Only the keep, the main building and the gallery on the portal that connects the fortified house were enrolled.In 1057 Bernard of Chana knight is lord of the Pine. Etienne de la Chana, Lord du Pin, passes for the founder of the fortified house around 1260. In 1341 the family of Chana is always present and made tribute to the fief of Civins Bartholomew, Abbot of Ainay. At the beginning of the eighteenth century of Octavian Chaponay is lord of Morancé, the Izérable and Pin. Family Chaponay remain owner of the property until 1884. Hospice of Amplepuis acquired the estate in 1908 and then in 1975 the Pin is purchased by an individual and becomes a hotel. Today the castle is owned by the Girard family-Ory.Strong house dates from the thirteenth century. It consists of a square enclosure, bounded on the northeast by the main building, of which there remain some mullioned windows, and newer buildings, all surrounding a courtyard. The main entrance is preceded by common and surmounted by a gatehouse; it is flanked to the west by a round tower, massive and uncrowned, built in 1311 to serve donjon3. This includes a dungeon, a fireplace room, toilets and window and floor unfinished coronation.