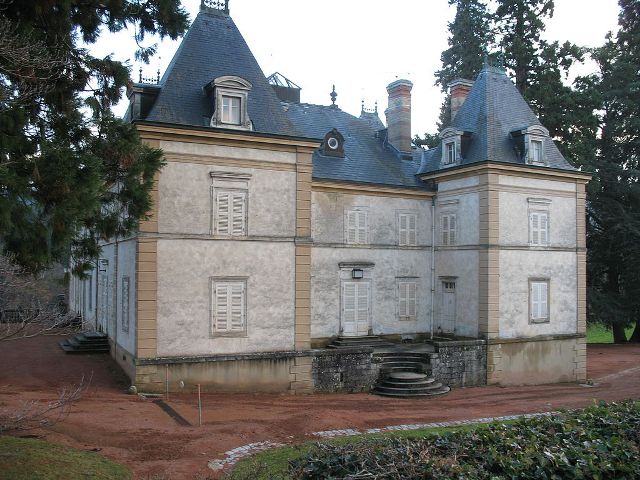 Location: Villars-les-Dombes, in the Ain departement of France (Rhone-Alpes Region).
Built: 10th century.
Condition: In good condition.
Ownership / Access: State property.
Notes: The Motte castrale de Villars or Poype Villars is a land of the tenth century fortification that stands in the town of Villars-les-Dombes in the department of Ain, in region Auvergne-Rhône-Alpes. Villars was the center of a lordship and a barony, county and finally a marquis. The castle mound is the subject of a classification as a historic monument by decree of 15 February 1905. The website of interest is known since the nineteenth century, when the first excavations revealed the existence of not only the castle but as an underground church in the heart of the root ball. In 1902, the Poype Villars is acquired by the state and listed building under the Historic Monuments in 1905. Originally the castle mound was erected on the outskirts of the village who was at that time grouped around the church which preserves Romanesque remains. The backyard was surrounded by a concentric gap than the root ball. As demonstrated by the excavations the mound was erected on top of a building of the early Middle Ages, a large hall, the Aula. The town has in turn enclosed in a chamber built during the thirteenth century that took over the outline of earth fortifications of the barnyard settled near the mound. In 1988, when the inter-university center of history and medieval archeology opens the excavation, he discovered, buried a complete Romanesque church, probably dating from the eleventh century. By clearing the apse, archaeologists make another discovery. They uncover a square tower with a semicircular barrel vault, on which the church rests. A 14 Carbon dating places the construction date to the tenth century. In masonry, we identify even the Gallo-Roman blocks. Note that in the municipality totaled three lumps or other poypes: Filioli, destroyed around 1847, the Juyre and Termant.