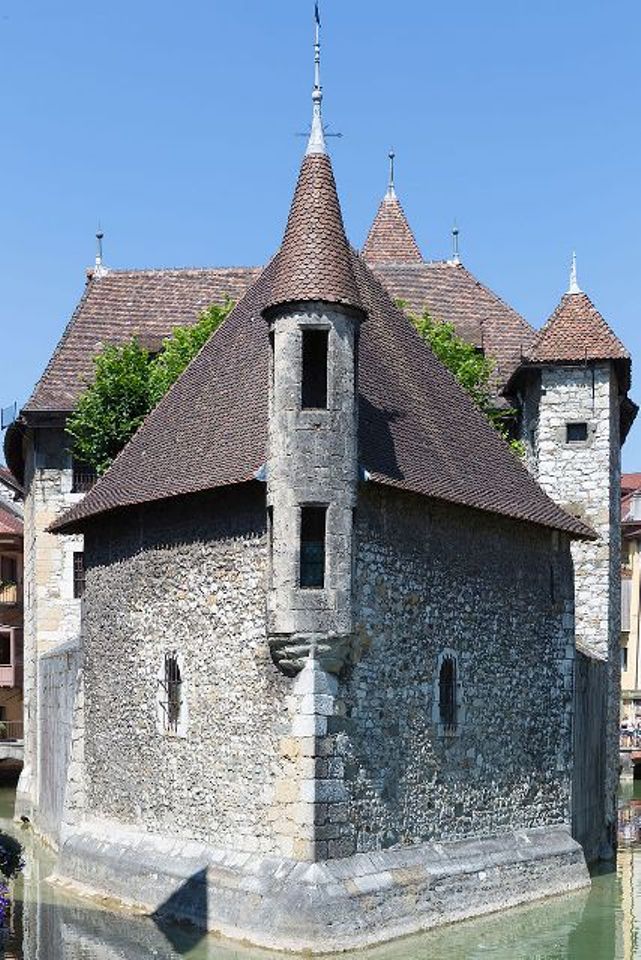 Location: Annecy, in the Haute-Savoie departement of France (Rhone-Alpes Region).
Built: 12th century.
Condition: In good condition.
Ownership / Access: Owned by the town.
Notes: Palais de l'Isle is an old fortress, the twelfth century, rebuilt several times, located on an island formed by the Thiou, which stands on the town of Annecy in the Haute-Savoie region Auvergne-Rhône-Alpes. Notably used as a prison, now an exhibition on architecture and heritage of the territory of the Greater Annecy, it offers a permanent exhibition on the history, the heritage of this territory. The old courtrooms, the old cells and dungeons of prisoners and the old chapel can be visited. The palace is the subject of a classification as historical monuments by order of 16 February 1900.The palace of the Island is in the form of an enclosure shaped zone that follows the route of the island. Its oldest nucleus is a tower-house dating from the late twelfth century or early thirteenth century, about 12 meters square, built in beautiful regular unit. by two bridges is accessed; before two doors were closing access. Today you can still see the cutaway of the south gate, north one is left. The ground floor is divided into four vaulted semicircular parts. On the first floor is the large hearing room and its ceiling and the facade opens with a loggia. It is topped by two floors. In the fifteenth century, was attached to this house a spiral staircase. Contemporary enclosure "dungeon" was partially rebuilt in the fourteenth century as well as the buildings that support it. Still on the ground floor, the door between prisons and that of the Palace of Justice an arcade, our glazed days, is "the bench of law" or were made official proclamations. A courtyard, east, separates this "dungeon", a triangular chapel, flanked by the turret latrines. The dungeons are arranged along the small arm Thiou on three floors above housing jailers and kitchen. The lawyers had their offices, grouped into a low building called the "form panels" in the north.