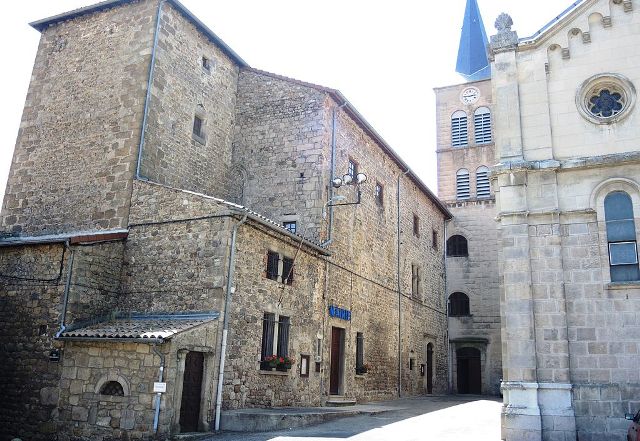 Location: Satillieu, in the Ardèche departement of France (Rhone-Alpes Region).
Built: 16th century.
Condition: In good condition.
Ownership / Access: Owned by the municipality.
ISMH Reference Number: PA00116816
Notes: Presbytère de Satillieu is a building located in France in the town of Satillieu in the Ardèche department in the Rhône-Alpes region. This is the subject of a registration as a historic monument since August 1, 1974.This imposing building, a former rectory, home to the "Don Quixote room" where you can admire beautiful paintings historical monuments under Item (we do not know their exact origin) and the "room of the Marquise" adorned wallpapers dating from the First Empire also classified under item.Originally this building is a castle dating from the eighteenth century, built on the foundations of an old Roman fort. Registered under the Historic Monuments in 1974, then being rectory, she became town hall since. During the summer of 2013, was celebrated the 990 years of the castle with an exhibition in the halls of local artwork.