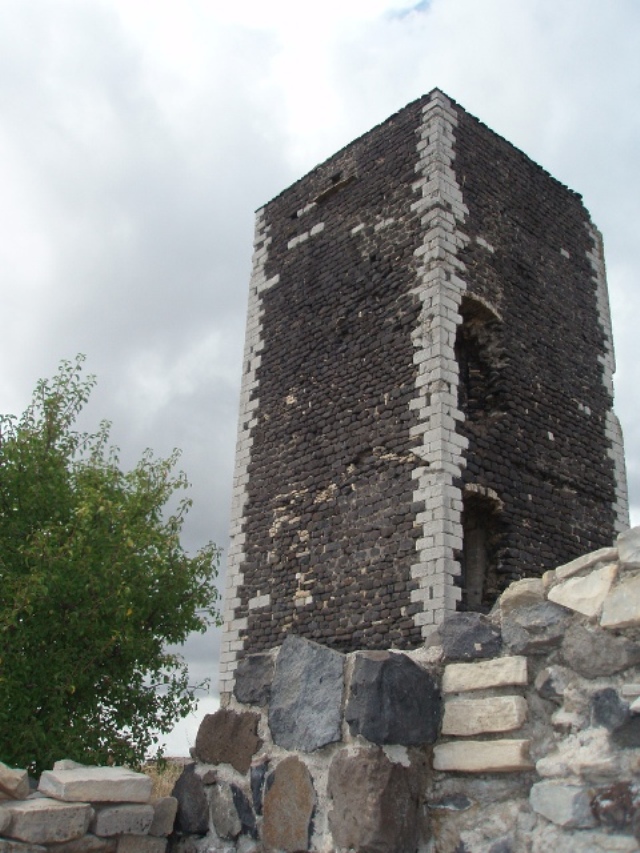 Location: Mirabel, in the Ardèche departement of France (Rhone-Alpes Region).
Built: 13th-17th century.
Condition: Vestiges.
Ownership / Access: Privately owned.
ISMH Reference Number: PA00116733
Notes: The remains of the fortifications of the town of Mirabel are in the Ardèche department. The Tower of Mirabel is the only remnant of the ancient fortifications that managed to get through the wars of religion. Indeed, in June 1628, Montmorency men destroyed all the fortifications leaving only the tower. The fortified complex was actually two castles: one Catholic belonging to the lords of La Roche des Astars, the other Protestant nobles to Arlempdes. The first castle was dismantled in the seventeenth century keeps only a few walls at ground level. The second castle, also destroyed, yet has retained its square tower. It is built of black basalt stones and has its limestone wall ties in clear, what gives it its original appearance.