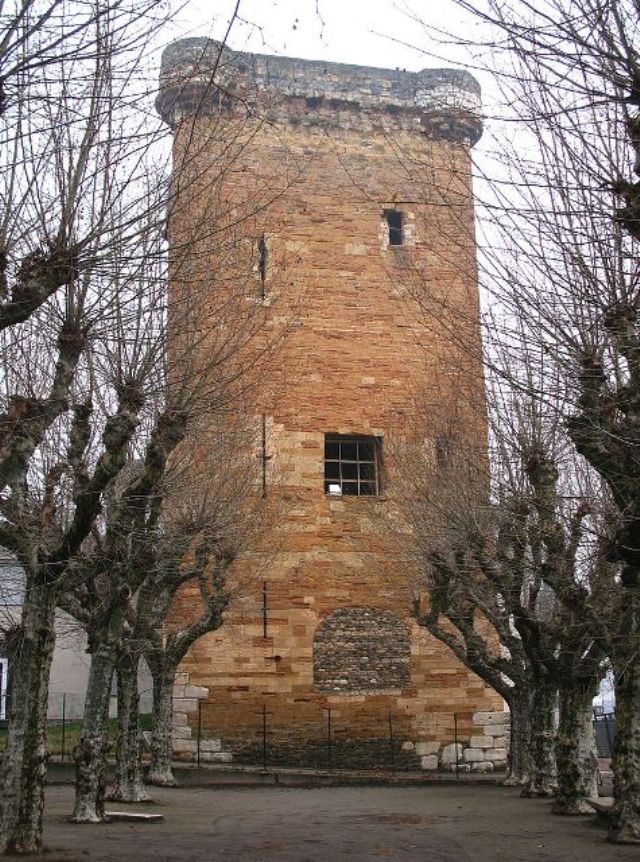 Location: Sainte-Colombe-lès-Vienne, in the Rhône departement of France (Rhone-Alpes Region).
Built: 13th century.
Condition: In good condition.
Ownership / Access: Owned by the municipality.
Notes: La Tour des Valois is located in Sainte-Colombe, south of the Rhône department, on the right bank of the river, opposite Vienna. This tower, almost square plan, the only remains of the fortifications amounted to Sainte-Colombe. The town was indeed also surrounded by ramparts with three gates on the south, the east and west. At the tower was adjoining the house of the provost or viguerie; a door, later walled up, allowed to move from one place to another. High of nearly 30 meters, the tower is equipped with battlements and loopholes. Watchtowers occupy the corners of the upper terrace. Two interior staircases destroyed today served the story and the platform. The tower is the subject of a classification as historical monuments since December 4, 1919. It is not open to public.