The aim of this page is to help you to navigate to the chateaux of the region of France you are interested in.

France is divided into 27 administrative regions (French: "régions"), 22 of which are in Metropolitan France, and five of which are overseas. Although Corsica is an Island it is one of the 22 and is called a "territorial collectivity" (French: "collectivité territoriale"). It is considered a région in mainstream usage.

Each metropolitan region and Corsica are further subdivided into departments (French: "départments"). There are 95 mainland departments, Corsica (2A and 2B), plus 4 overseas for a grand total of 101. Mayotte became the 101st department of France on 31 March 2011.

Below is a list of the French Regions and Departments, followed by maps showing departments by name and number. 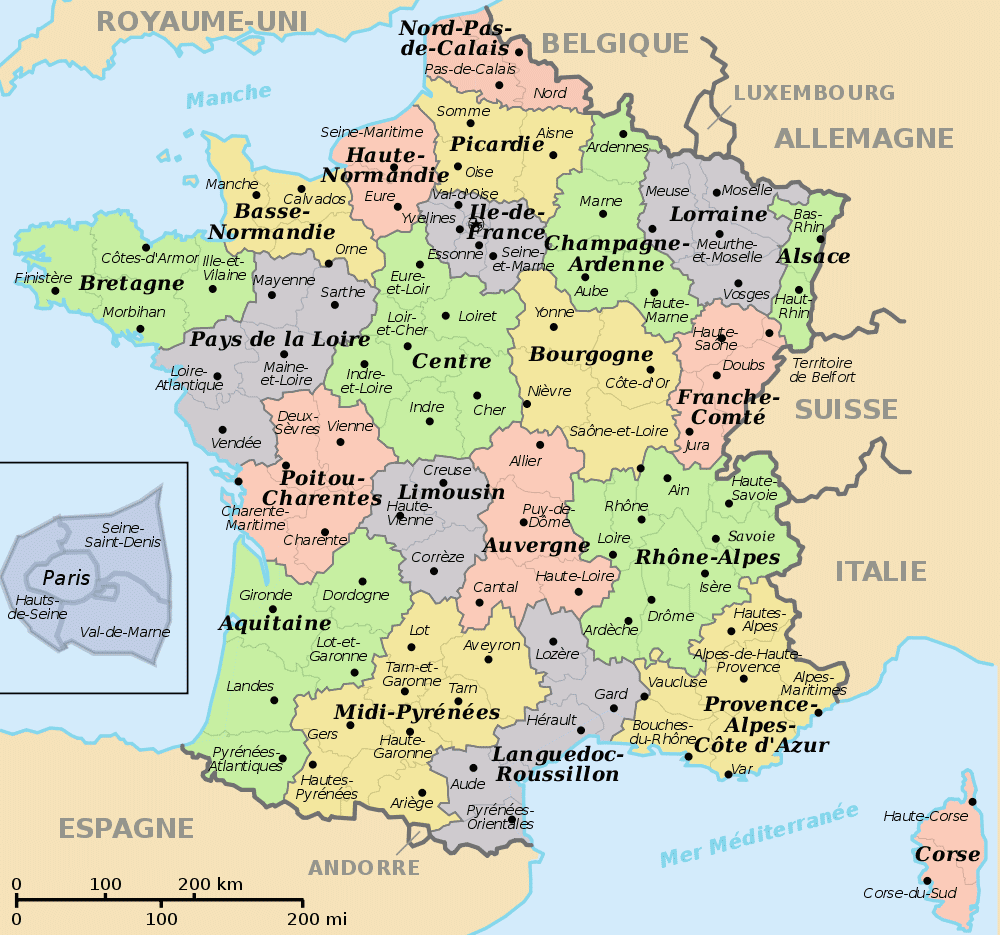 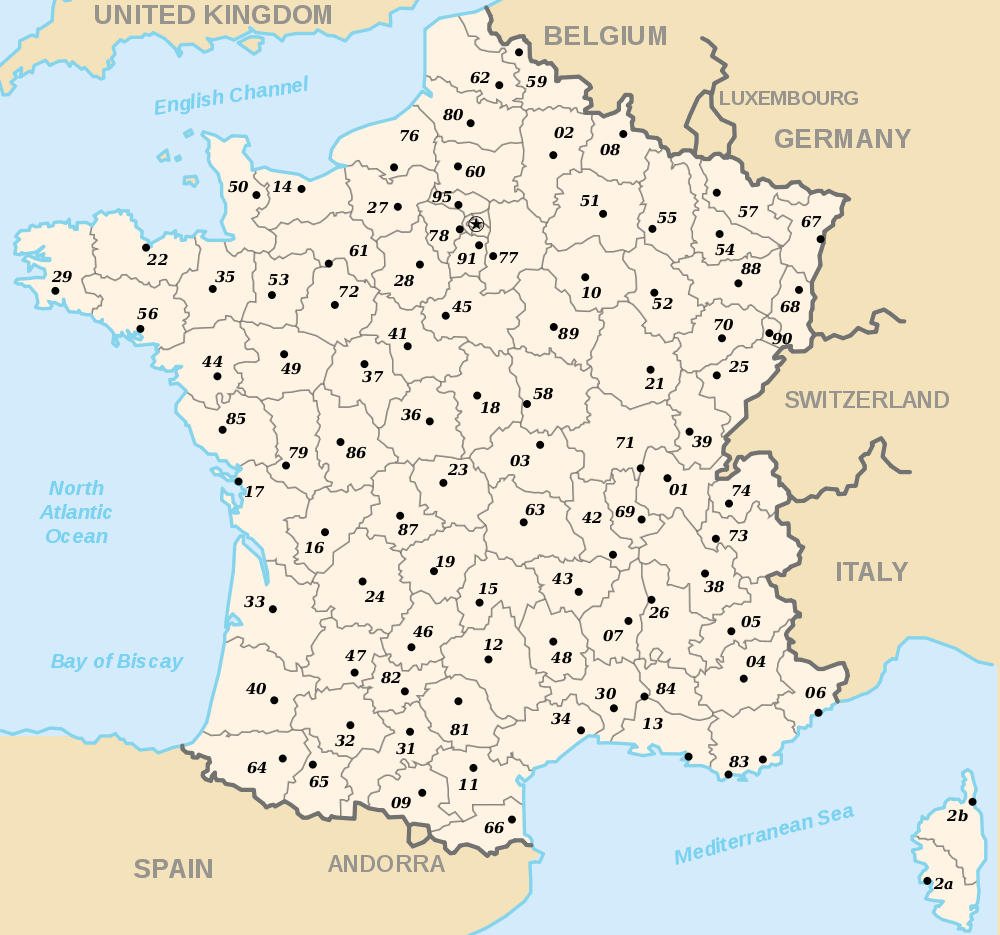